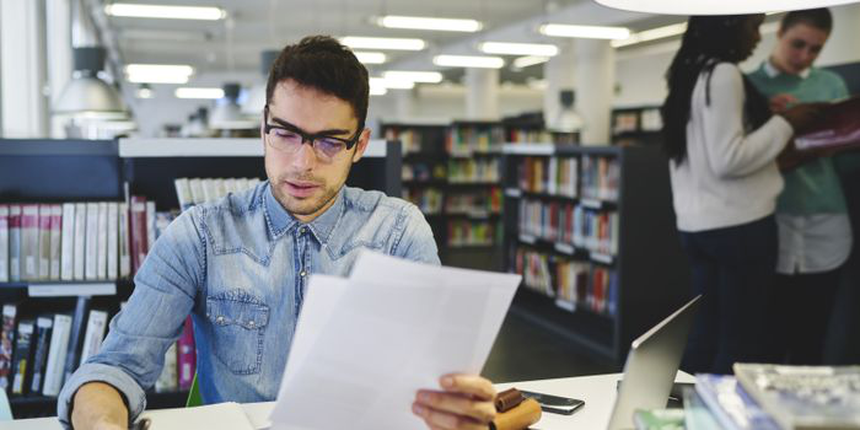 Do you know which country has the largest market for LinkedIn after the US? A report by howindialives.com, a website that thrives on data-driven stories, says India occupies this space with approximately 37 million members! With credible stories, data journalism is all about presentation of facts, visuals and investigations over the traditional ‘reporting first’. With the advent of new technologies, data journalism can transform the way journalism is practiced in India. Digital transition in journalism is quite visible with the increasing demand and need for digital platforms. Digital trends in journalism show that websites are experimenting with new ways to increase readability. News contains interactive tools that are more accessible, reliable and foster a culture of impactful stories in unforeseen ways.

What is data journalism?

Data journalism is a combination of keen news sense and using the available data. It refers to developing a story out of the available exclusive statistical sources, analyzing the numbers, structuring them into an informative descriptive story, and making it visually impactful to the readers by incorporating media tools.

Data journalism aids in clarity on complex stories by focusing on the point which needs to be explained. One example of data journalism is a story on the decline of student enrolments in government schools across 20 states between 2011 -2016, which was published by Business Standard. It was information which was based out of a research and it had a huge impact on this problem.

Why we need data journalism?

These days news stories are flowing from multiple sources and through several mediums. The issue is that the stories do not have any credibility and there is zero filtration. This results in fake news. This is where data journalism plays a crucial role. Using data is a way to ensure that there is authentication in the stories.

Nick Routley, Director and Data Journalist at Visual Capitalist, says, “With the recent proliferation of fake news across the globe, people are looking for reliable information. Articles anchored by credible data sources are trustworthy sources of information for the public.”

The social generation needs information which is short, more visual and backed with data. Using data as a tool to present compelling stories, data journalism caters to the needs of such readers. To be at par with the constantly evolving social media trends, journalism should focus on presenting developing stories rather than reporting first.

Pioneers such as The Guardian, The New York Times are constantly revolutionizing data journalism with their data-driven stories. One of the prominent examples of a revolution in data journalism in India is Mumbai based independent non-profit website, IndiaSpend. Founded in 2011, it describes itself as ‘India’s first data journalism initiative’.

One such data-driven story was the content analysis of English media by IndiaSpend which stated that Muslims were the target of 52 per cent of violence on bovine issues for nearly eight years (2010 to 2017). Another breakthrough data story was by The Hindu, which presented that DMK, AIADMK, TDP make up more than 60 per cent of all regional parties’ earnings.

Data journalism is moving towards becoming a vital component of ‘reporting’ in the era of digital media.

How to become a data journalist?

From economic boom to financial crisis, political exposure and other similar topics, there is a wide range of topics for data journalism. What you require is creativity and how to use data to present a good story.

All a journalist needs is an art of analyzing data for stories. The idea is to be able to cut through the noise of reporting first and quantity, determine what people really need to know. Nick Routley further adds, “Having a basic knowledge of how statistics work, being able to assess white-paper and report methodologies, and a sense of where to find reliable data-sets are all good skills to manage your way in data journalism.”

Shajan Kumar adds, “Learning the art and science of data analysis will make our journalists understand the data points in a user-friendly manner.”

One must not only have experience in news and editorial department but also have a knack for statistics and media tools. An important skill is the ability to question, visualize and analyse the numbers. This helps data journalists to uncover hidden facts and report them to the readers.

Basically, a learner with capabilities to tackle complex stats in the understandable, visually appealing way; similar to what journalism is.

Data Journalism- The Challenges and opportunities

According to a global survey report by Google News Lab and PolicyViz, 42 per cent of journalists said they use data regularly to tell stories, and 51 per cent of news organizations have a dedicated data journalist on their staff. Despite its huge growth, data journalism in India still faces challenges.

Explaining one of the reasons for such disparity, Subhomoy Bhattacharjee, Consulting Editor of Business Standard, explains, “The core challenge is the weak internal housekeeping of data within newspapers and channels. Journalists here have neither studied data analysis nor do they practice it. This is the gap we need to bridge.”

Adding to the challenges, Shajan Kumar says, “India’s journalism practices have been totally different. We love to emotionalize news. Facts and figures come in very late! Data science needs to be studied seriously by all journalism students. ”Some of the most compelling articles have been driven from data. And with skilled training and resources, the challenges can be turned into opportunities. With more adaptation of data journalism in the country, the workflow will boost the reader’s credibility will increase, and fake news will diminish.