DU DSJ Entrance Exam 2019 Students’ Reactions - National Testing Agency is conducting DU DSJ entrance exam in computer based mode. Students applied for DU DSJ exam from various states of the country, such as Uttar Pradesh, Haryana, Bihar, Rajasthan, Madhya Pradesh, Jharkhand, Kerala, West Bengal, including Delhi. The national-level entrance test is held every year for candidates who aspire to get admission in five year integrated journalism programme. The test takers reached the exam centres on the specified time, along with their parents. There were strict measures taken by the authorities to ensure that candidates do not carry any electronic gadgets with them inside the test centre. Careers360 presents the DU DSJ students’ reactions 2019 live from the exam centres. 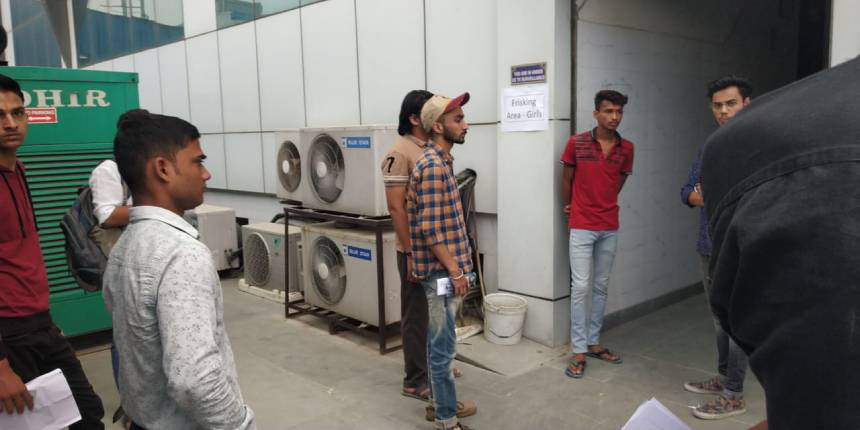 Careers360 spoke to candidates who took DU DSJ entrance exam 2019. Most of the candidates found the questions easy and they could answer them within the stipulated time.

When Isha was asked about the difficulty level of the exam, she said, “The exam was moderately difficult and most questions were from General Awareness.

Trisha said that she is more comfortable taking the test in computer based mode as she didn’t come across any ambiguity.

Chirag, who appeared in the exam stated that most of the questions that were asked were from general awareness. He did not face any problem while answering the questions in computer based mode.

Ahead of the exam, most of the students stated that they had mostly read the newspaper and some general knowledge books.