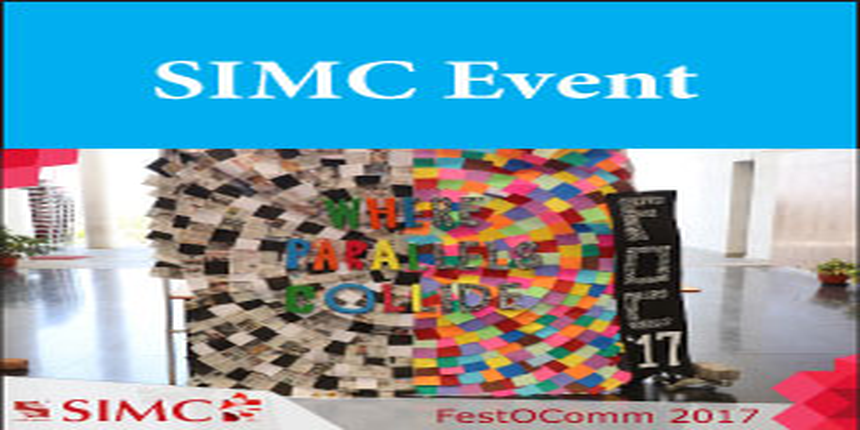 The Symbiosis Institute of Media and Communication concluded its two-day annual flagship event, Fest-O-Comm 2017 on February 19. The theme of the event was ‘Where Parallels Collide’ which hosted over thousands of audience and participants from over 100 colleges.

The events at the annual fest ranged from case study competitions to entertainment quizzes. The first day witnessed a number of academic, cultural and sports events attended by eminent personalities including renowned comedian Daniel Fernandes, among others. Academic events included a case study competition. As regards the cultural competitions, the event witnessed a street play competition titled Tamasha, a 24-hour filmmaking challenge, and ultimately a group dance competition - all having invited the participation of various educational institutions. Sports enthusiasts were not left behind, with a box-cricket league keeping up the excitement on the field. Sparsh, a leading rock band from Mumbai enthralled the audience with their lively tunes on the final night. The fest was inaugurated by the director, Dr Ruchi Jaggi and began with the head of the Co-Curricular Cell, Swarna Rajesh, addressing the audience, saying how much this event has taught her.

Amongst the varied guests who graced the occasion was SIMC’s alumnus, Daniel Fernandes, who spoke about his experience in the institution and his life as a comedian. The Just A Minute (JAM) session which took place later in the day, had up to 14 participants from various disciplines. They had to speak on topics ranging from  'I may not be Fred Flinstone but I can make your bed rock' to 'Is Harambe secretly alive?'. The final round of the session had the topic ‘Omkar’s Mum’ where the participants had to sing two songs relating to the topic. Box Cricket saw 12 teams participate, where the teams played to the best of their abilities. The final match of the league was held on the second day, with Sinhagad Strikers notching up a convincing victory.

The second day kicked off with a case study competition, where the participants had to develop the best solution to a marketing case study provided to them. Judges were happy with the presentations and asked participants to explore the digital media by not only limiting themselves to social media.

Fest-O-Comm 2017 came to an end with the music festival, Consonance. SIMC’s Music Circle opened for the Hindi rock band Sparsh. The Music Circle sang a few popular Bollywood numbers and english songs too. Sparsh played their original songs - including the popular Ab Jaag Jaa and Samandar - as well covers

Stay tuned to www.media.careers360.com for more news and updates

Campare symbiosis and sastra for law course college and culture

Hello,
.
Forms for Symbiosis Pune has already been released, dates are as follows.

whether bsc economics is available in symbiosis international college pune

top MBA college in Pune other than symbiosis and MIT

Master of Business Administration (MBA) is one of the most popular post-graduate programmes in India.The two-year programme is a gateway to huge amount of job opportunities in the corporate world . Bharti

In Pune , Symbiosis & MIT are considered as the best colleges for MBA.

Apart from these two there are -

Hope this was helpful.

Having an experience of 2 years with a package of around 5 lacs per annum at L and T Infotech, should I continue or switch to MBA from SCIT(Symbiosis Center of Information Technology)?

Symbiosis Center of Information Technology is one of the prominent institute in india, it has excellent placement record, and have experienced faculty, the highest packages offers in campus placement is 12lpa, the average package offers is 10 lpa.

View All Questions
Have a question related to SIMC ?

Your SIMC brochure has been successfully mailed to your registered email id .