Film and Television Institute of India (FTII) and Satyajit Ray Film and Television Institute (SRFTI), have started the application process for their first Joint Entrance Test (JET 2018). The test will be conducted on February 18, in an offline mode in 26 centres across the country. The last date to register for the test is January 25. JET 2018 will be organized by a committee comprising representatives of both FTII and SRFTI. “The decision to hold a common test comes talks between both the institutes. JET will be conducted only up to the level of written examination,” said Bhupendra Kainthola, FTII Director. Earlier than JET, FTII and SRFTI used to conduct their institute level test, called FTII entrance exam and SRFTI entrance exam. Although the core functions, remains with the organizing committee, the contract for conducting the exam has been given to All-India Management Association (AIMA) for the academic year 2018. 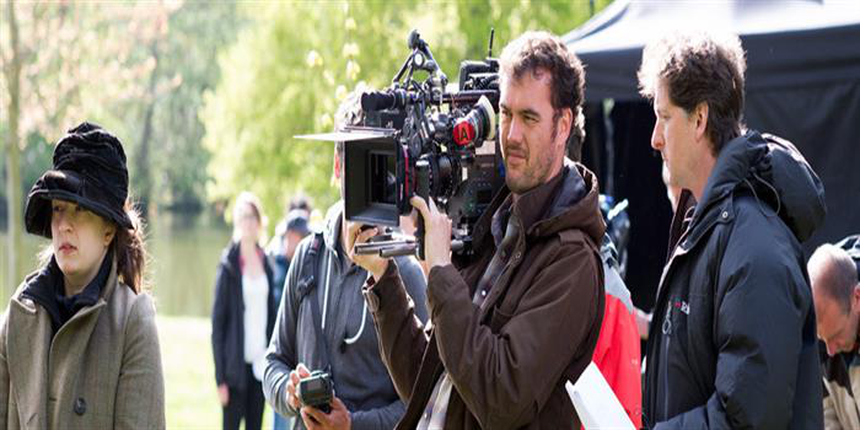 The minimum eligibility for all courses (except Sound Recording & Sound Design and Art Direction & Production Design) under film wing group is Bachelor's Degree in any discipline. For other programmes, candidates must have Bachelor’s degree in any discipline with Physics as a subject at senior secondary (10+2) level.

At the time of registration, candidates have to select any two test cities as per their preference. This will be mentioned on the admit cards, which will be available to download from February 8 to 18, 2018.

Candidates have to answer the test within a duration of three hours. According to the official JET website, the entrance test for film wing courses, will be conducted in the morning session, and JET 2018 for TV wing courses will be conducted in the afternoon session. Both the tests will be of three hours and 100 marks. The entrance test will be a combination of objective type questions and subjective answers. Each section of the test will be of 50 marks each.

The scorecard of JET in terms of marks secured and percentile will be uploaded to JET portal and websites of both institutes. Candidates shortlisted for the next stage of the selection process will be contacted individually by both institutes.

JET will be conducted for admissions to 11 film and television courses at FTII, and 12 courses at SRFTI Kolkata.

FTII had conducted an all-Indian written test, FTII entrance exam, for admission to various courses at 20 centres on March 26, 2017, in which 3,572 candidates applied for film courses and 1,281 students in TV courses. FTII declared results of written tests for all seven film courses and invited about 220 to 240 shortlisted candidates for interview. The conducting body, AIMA has previously conducted entrance exams for other institutions like NID, NIFT, etc., and conducts MAT for admissions to around 200 B-schools.

jee mains in articherter b arch

Eligibility - Candidates must passed or appearing class 12 with physics chemistry and mathematics with minimum 75 percent marks aggregate from a recognized board.

Feel free to comment if you have any doubt

what is the syllabus for iem joint entrance test kolkata 2020 bba?

The admission for BBA courses in IEM  is done on the basis of marks obtained in the entrance test.The syllabus comprises of English, General Knowledge and Preliminary Mathematics.

Visit the link below for more details : https://iem.edu.in/admission/

see in india there is many joint entrance examinations held every year for engineering course, both as centralized and state and university wise,

the most common entrance of all over india is jee main, for admission in government engineering colleges , nits, iiits etc.

some of the popular state wise entrance test is,

you did not mention any particular entrance name or college name. follow the below link to know more details,

all about jet exam and job option further?

Hey,
JET or Jain Entrance Test is an entrance examination conducted by Jain University for various undergraduate and postgraduate programmes.
The eligibility criteria includes the following:
Candidates who have passed 12 th /PUC or ISC/CBSE or equivalent board with Physics & Mathematics as compulsory subjects with Chemistry, Electronics, Computer Science, Biology.
Candidates applying for admission through JET should have a minimum aggregate of 60% and a relaxation of 5 percent is given to the reserved class.
5% relaxation in the minimum percentage is given for SC/ST candidates.
The placement cell is quite active in Jain University so,you can get placement after your graduation.
Hope this helps.
Good luck.

nmims conduct joint entrance test for all the institutions all over India or particularly one at a time?

NMIMS conducts NPAT( National test for Program After Twelfth)  for taking the admission of the candidates to Integrated Degree program  and Undergraduate Degree program.

To get into NMIMS Mumbai for MBA program you need to appear for NMAT exam which is conducted in a 75 day window in the months starting from October till mid of Dec. You can give NMAT exam three times in the same year and post shortlisting(once you achieve a score of 210+/360) you are called for case discussion and interview rounds.

Also , you can have a look on our website for more information :