Two podcasts have been chosen by UNESCO in its event “Celebrating Humanity in all its Diversity” which is created by the students of the Times School of Media (TSOM), Bennett University on the celebration of World Radio Day (WRD). Further, the selected podcasts have been put on UNESCO's website. In 2011 by the Member States of UNESCO and by the United Nations General Assembly in 2012 as an International Day, February 13 became World Radio Day. 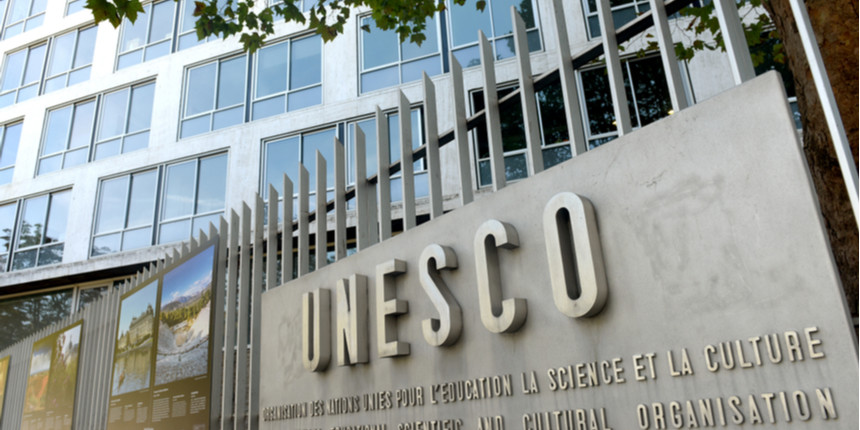 Podcasting, a concept that streams content and radio on demand on any device over the internet is one such trend that is gaining mass appeal. Students at TSOM, Bennett University through various practical, theoretical and critical listening sessions are trained to produce podcasts. During various projects and assignments that are a part of their curriculum, students are encouraged to think, conceptualize ideas and use state-of-the-art University’s Media Labs with the latest media software to produce audio and video stories. ‘Mere Gaav Mere Log’ a three-part series produced by Utkarsh Gaharwar, Amrita Jha and Manas Dixit, students of Post Graduate Diploma - Digital Media (PGDM) and Homosexuality Promo, produced by Meher Dhanjal, Muskan Guliani and Raghavi Jhanjee, second-year students of Bachelor of Journalism and Mass Communication, were the projects given to them while they were learning to produce Radio Programmes and Podcasts as a part of their curriculum. The podcasts were promoted under the guidance of Dr. Moina Khan, Assistant Professor, TSOM, Bennett University.

“Times School of Media, Bennett University gives special emphasis on practical learning while giving a strong theoretical foundation to its students. The curriculum for its Post Graduate Diploma in Digital Media, and BA in Journalism and Mass Communication programs are designed in a manner where students get the opportunity to experience skill-based learning and are industry-ready”, said, Dr.Moina Khan, Assistant Professor, TSOM, Bennett University, Greater Noida.

The Mass Communication programs at Times School of Media have been designed in association with India’s largest media conglomerate- The Times of India Group.

Bennett University has released the application form for BA in...

How to find a new-age Media School for Better Career Prospects?

IS BENNETT UNIVERSITY GOOD FOR BTECH(CSE) ? HOW IS THE CAMPUS LIFE AND THE CROWD ?

Bennett University is set up at Greater Noida and was established under the aegis of Times of India Group. BU Noida is famous for its MBA/PGDM, B.Tech, Ph.D. program. It is Approved by UGC .The campus is fully air-conditioned with internet and wifi facility. The university campus also has modern amenities such as food courts, mess, shopping centers, gym, badminton courts, etc. for all-round development of enrolled students. The campus also has facilities such as ATM Banks, dispensary and convenient transport system for the ease of students. Apart from that the college offer good placement facilities for Btech CSE aspirants With highest salary of 44 lpa with average salary 5.50 Lpa with top most companies visited every year TATA Consultancy Services, Microsoft, BYJU’s, Justdial, Cognizant, GeeksforGeeks, Wipro, Bata, Berger, ITC Ltd., Infoedge, IBM, KPMG, etc.

If we go through the overall then it is a good college for computer science student so as per my opinion you can choose this college for your career growth .

I hope it will helpful

This university gives the candidates in both online and offline facility for application.

For online mode- It will be via Debit Card, Credit Card and Net banking.

For offline mode- It will be done by Demand Draft only.

How many Percentage is needed in 10+2 for getting admission in Bennett university (BA LLB).

To get Admission in Benett University , as per eligibility criteria to be eligible you need at least 60 % in your class 12 board examination or equivalent.

While the selection for Admission is through 3 modes:-

For detailed information visit its Official page , the link is provided below

what is the date of Bennett university exam(BA LLB)

So for admission to Bennett University you must look upto preparing for CLAT or LSAT and check their dates or you can even take admission on the basis of your 12th marks. For detailed information regarding admission procedure follow the link; Bennett University (https://www.bennett.edu.in/wp-content/uploads/2019/12/Admission-Procedure-BA-BBA-LLB_2020.pdf)

is bennet university will be good for journalism

The course is directly guided by The Times Group. They get the Times benefit.Most of the faculty is from there and thus are well versed with what goes inside the newsroom. Almost 60% of our course is based on practical work, and theory only takes the rest 40.

Well, Bennett University is one of the best choices for a career in mass communication and journalism. The exposure given to the students is truly amazing. They help you to develop the skills required in the various mediums. The teaching pattern is quite different from other colleges; the ratio of practical and theoretical is 70% - 30% respectively. Total fees is 9.6 lakh for 3 years.

Your Bennett University, Greater Noida brochure has been successfully mailed to your registered email id .