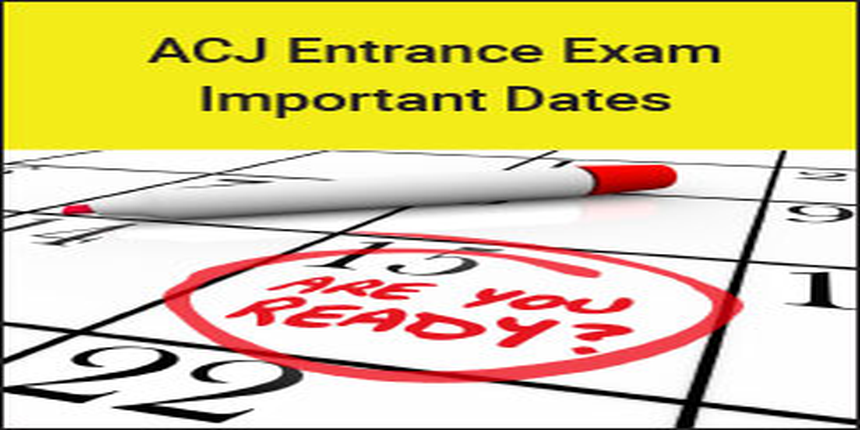 ACJ Application Form: As mentioned in the ACJ important dates 2017, the application process ended on April 30, in both online and offline modes. The ACJ admit card for the registered candidates was available from May 6.

The ACJ Entrance Exam 2017 is conducted by Asian College of Journalism, Chennai for admissions to its Master's programme in Journalism. The test was conducted in an online mode.

Stay tuned to www.media.careers360.com for more news and updates on ACJ 2017 Dates and Events

ACJ Application Form 2017 - The Asian College of Journalism has extended ACJ 2017 application for...