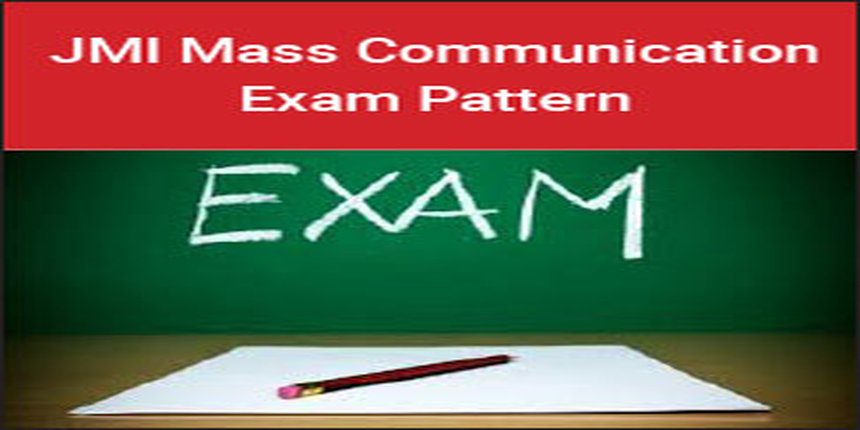 Also mentioned in the JMI Mass Communication Exam Pattern 2017 are requisites to carry at the exam centres, candidates must bring a black/blue pen and a pencil and eraser. This has been given by the Jamia Millia Islamia, exam conducting body of JMI Mass Communication. The details as per which the test has been conducted on April 30 are,

Part-A Multiple Choice Questions Objective: This section was to test the knowledge and aptitude of the candidate for the course in which s/he seeking admission. This had topics like,

3. Film, television and other media

Part- B Descriptive: This paper comprised of essay type long answers which reflect the candidates' critical understanding of contemporary issues and the media. This paper also evaluates candidates' skill in visualisation, storytelling and their creative aptitude.

After the test the JMI mass communication results 2017 will be declared on May 25, announcing names of the shortlist candidates.

Stay tuned to www.media.careers360.com for more news and updates on JMI Mass Communication 2017

Hi aspirant,
The application process will close on 25th march which commences editing the form if there's any problem. The details of you exam date and venue will be given through admit card which will be relaeased 10th to 15 th april, 2020.so make sure you get a print for your admit card during this period for details about your examination. According to prior notics the exam will be held between 1 june to 10 july for pg courses and 26 april to 4 july for ug courses. Follow link for more details-
https://www.careers360.com/exams/jmi-entrance-exam
Hope this helps.
Read More
Answer
Answer Later
Report
7 Views

Not many colleges in India give you the opportunity to pursue to two different courses at the same time.

However, you may take full time admission in BS Physiotherapy in the college of your choice and pursue BA Arabic through distance from any university that may provide you with the course online. Arabic being a language can be easily learnt online, from any University of the world, and they would provide you a degree for the same. While, Physiotherapy would require you to complete lab modules as well, which are easier when done as a full-time course.

In the lik below you can find the entrance syllabus link form their official website of Jamia Milia Islamia.

sr payment not successful then how it complete

Can you please tell me you are talking about which payment?

actuall i am appearing for class 12th boardexams and my xam will b over by 30th march can i apply for the jmi entrance examination this year only?

Hello.
Registration of JMI exam has started from 21st February and it will end on 25 march yes ,you definitely can apply for this if you are appearing for your board exams but there will be a status you will have to put it the same "appearing", they can also demand admit card of your 10 + 2 so be ready with this also, after the result declaration if you will go for the admission if you have cleared the exam then your 12th weightage at least their cutoff marks in 12th will be considered.
Best of luck.
Read More
Answer
Answer Later
Report

View All Questions
Have a question related to JMI Entrance Exam ?

Your JMI Entrance Exam brochure has been successfully mailed to your registered email id .